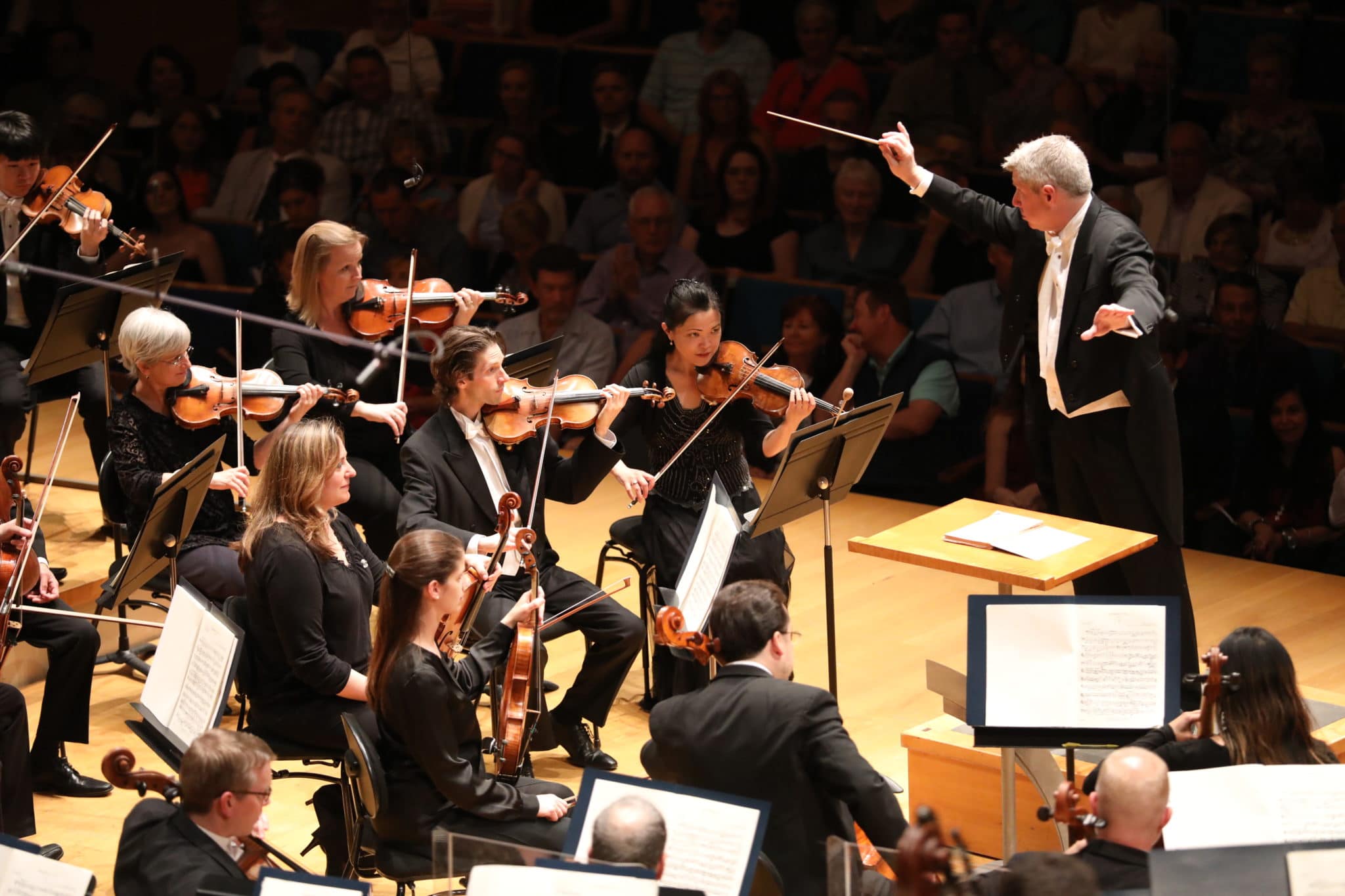 Your Symphony in the News

Guest Conductor Gemma New "is curious and she is vibrant"

The Kansas City Symphony has been auditioning guest conductors as possible replacements for Michael Stern, who steps down at the end of the 2024 season. Next to take the baton is Gemma New. The New Zealand-born conductor will lead the orchestra in a program of Ravel and Saint-Saëns, June 3-5 at Helzberg Hall. The concert will also include the world premiere of a violin concerto by Chris Rogerson.

“Gemma has been going from success to success” Stern said.

Indeed, she has. From playing in a youth orchestra in Wellington, New Zealand, New has broken through several glass ceilings to become the music director of Canada’s Hamilton Philharmonic Orchestra and resident conductor of the St. Louis Symphony Orchestra. She has also been appointed principal guest conductor of both the Dallas Symphony Orchestra and the New Zealand Symphony, the first woman to have ever been so.

“She is curious and she is vibrant,” Stern said. “I think the orchestra is really looking forward to meeting her for the first time and making music with her. The spirit of the Kansas City Symphony is really strong, and when you have somebody who gets that right from the get-go, the results are astonishing. So I’m looking forward to an incredibly exciting concert.”

The program will open with Ravel’s colorful “Ma Mere L’Oye” or “Mother Goose” ballet suite, and then guest violinist Benjamin Beilman will perform Rogerson’s Violin Concerto, which was commissioned by the Kansas City Symphony.

“There’s a little bit of envy because I wish I were enjoying the privilege of bringing this piece to life for the first time,” Stern said. “Gemma was generous enough to take this on and to make her debut with a new piece, which is really fantastic on her part. And Ben is the perfect person to write for because he can do anything on the violin. His curiosity and his natural musicality lets a composer write exactly as he or she would like to write.”

This is the third work the symphony has commissioned from Rogerson. According to Stern, his Violin Concerto was inspired by “The Adventures of Tintin,” a comic created by Belgian cartoonist Georges Remi.

“Chris has great imagination, and it should be a fantastic event.”

The concert will conclude with one of classical music’s greatest hits, the Organ Symphony by Camille Saint-Saëns. It’s always a treat to get to hear Helzberg Hall’s Casavant organ, and it’s even more special when it’s played by the instrument’s curator, Jan Kraybill.

“Jan, as far as the Kansas City Symphony goes, is family,” Stern said. “She’s played this piece with us before. Jan is a musician’s musician and she’s also one of the most generous and lovely colleagues you could ever want to work with. There are not enough words to describe how we hold her in such high esteem.”