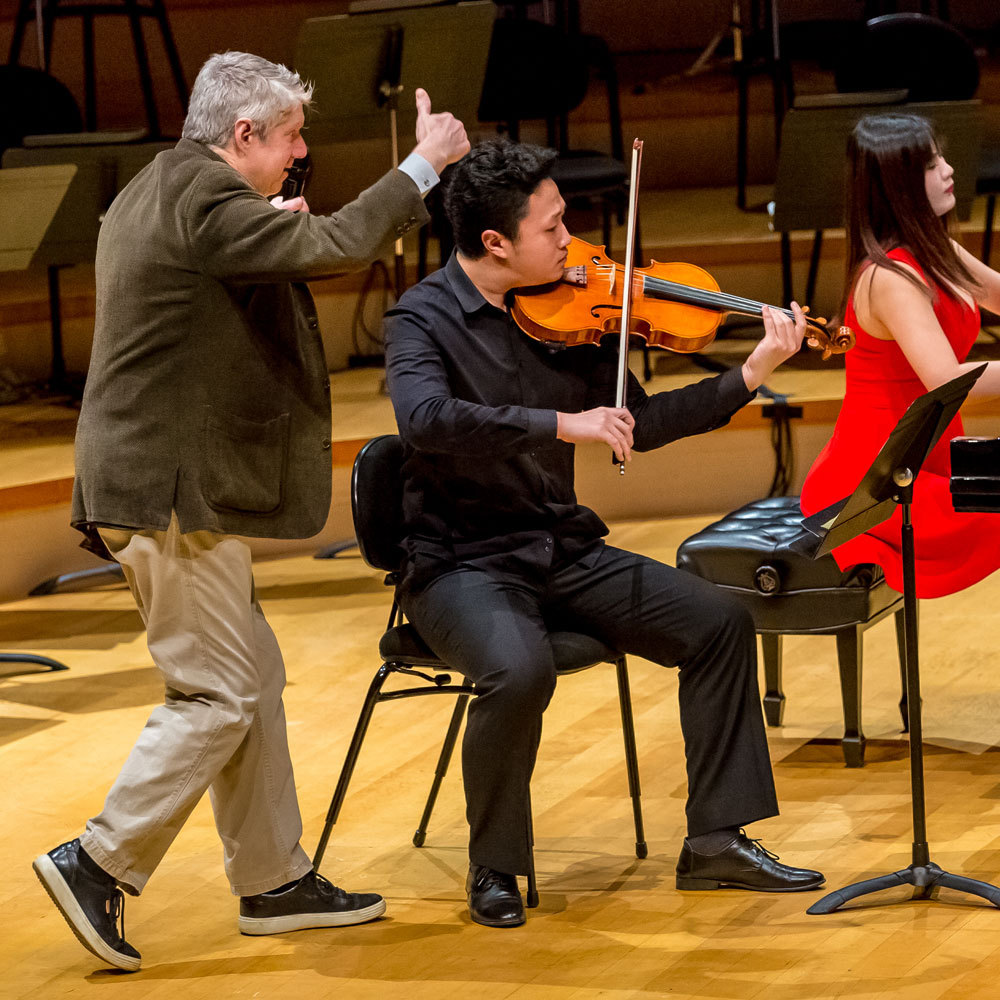 All are welcome at this free educational event featuring guest pianist Martin Helmchen, who will share his musical insights with two area piano students on stage in Helzberg Hall. Helmchen is in town to perform with the Kansas City Symphony, and this is a rare opportunity to learn from one of the most sensational pianists on the classical music scene.

Side by Side with the Youth Symphony of Kansas City

Experience the Kansas City Symphony and Youth Symphony of Kansas City side by side on stage in Helzberg Hall. Musicians will rehearse Beethoven’s Seventh Symphony together on stage under the direction of Music Director Michael Stern.

Hear Kansas City’s brightest young talent at the final round of the Symphony’s annual Young Artist Competition. Nearly $2000 and the opportunity to perform with the Kansas City Symphony will be awarded.

We are delighted to present accomplished soprano Karina Gauvin in this special vocal workshop featuring two area music students on stage in Helzberg Hall. Gauvin is in town to perform Beethoven’s Mass in C with the Kansas City Symphony. This event is perfect for all vocal students and performers.

From Mao to Mozart – Isaac Stern in China

In 1979, violinist Isaac Stern set off for a goodwill trip to China. Stern was the first American musician to tour China after the Cultural Revolution (1966-1976), which forbade all Western influence. This Academy® Award-winning documentary captures the historic events as Stern performs with China’s national orchestra and renowned conductor Li Delun, who acted as his guide. The film also shows Stern coaching local students, including Jian Wang (only 10 years old at the time) before his rise to international stardom. After the screening, Wang joins Music Director Michael Stern to discuss the life-changing experience.

Please note: the Symphony does not perform at this event.

At the Movies: Humoresque

This classic 1946 film has it all — a dramatic story, fantastic music and plenty of Hollywood glamour. Academy® Award-winner Joan Crawford portrays a selfish socialite who takes interest in a much younger violinist (John Garfield) on the rise. But perhaps the best part is the outstanding score, filled with classical favorites and conducted by Franz Waxman. Violinist Isaac Stern served as musical advisor and soloist for the soundtrack, with his hands appearing in performance close-ups as Garfield “plays.” Hang around after the movie for a fun and engaging chat with Music Director Michael Stern and guest violinist Augustin Hadelich.

Please note: the Symphony does not perform at this event.