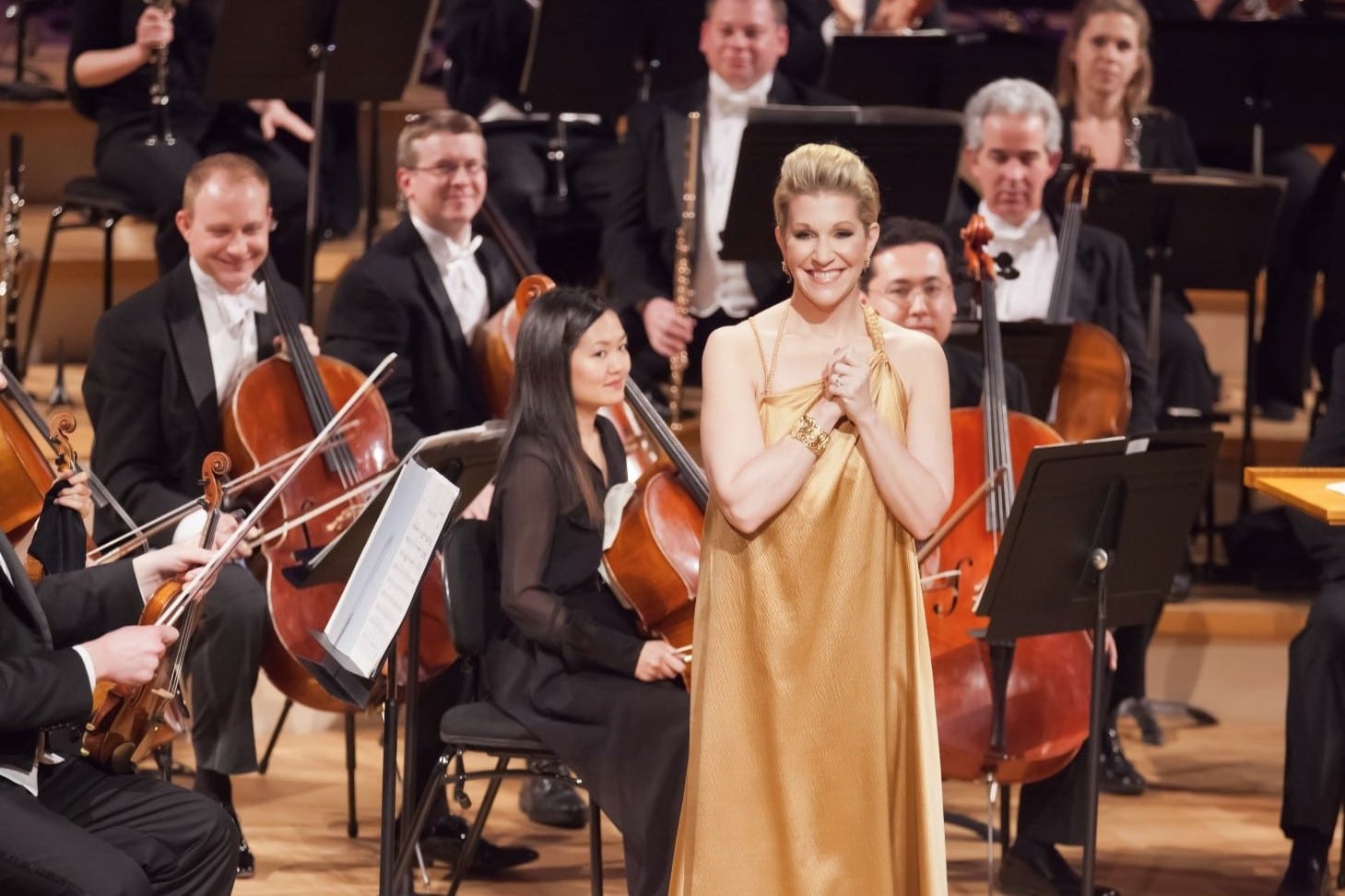 The performance-documentary also profiles Symphony musicians, Stern and DiDonato, capturing the international opera star’s nostalgic return to her hometown and her debut in Helzberg Hall at the Kauffman Center for the Performing Arts. DiDonato performed these concerts with the Symphony in March 2012, and they were filmed to be part of the 2012 PBS Arts Summer Festival. The program first aired nationally on Friday, July 20, 2012.

In the meantime, check out this special footage showcasing the documentary crew along with backstage shots.

The Prairie Village native has earned multiple Grammy Awards and the prestigious Olivier Award in 2018. The New Yorker has called her “perhaps the most potent female singer of her generation” and her voice described as “nothing less than 24-carat-gold” by The Times.

The Grammy-nominated audio recording of “Homecoming” is available for download through Apple Music.

Recent appearances with the Symphony

DiDonato also joined the Symphony in a couple “virtual” performances that were part of this year’s “Best of Celebration at the Station presented by Kansas City Symphony.” This special compilation aired on KCPT for Memorial Day weekend 2020 in place of the annual in-person concert.