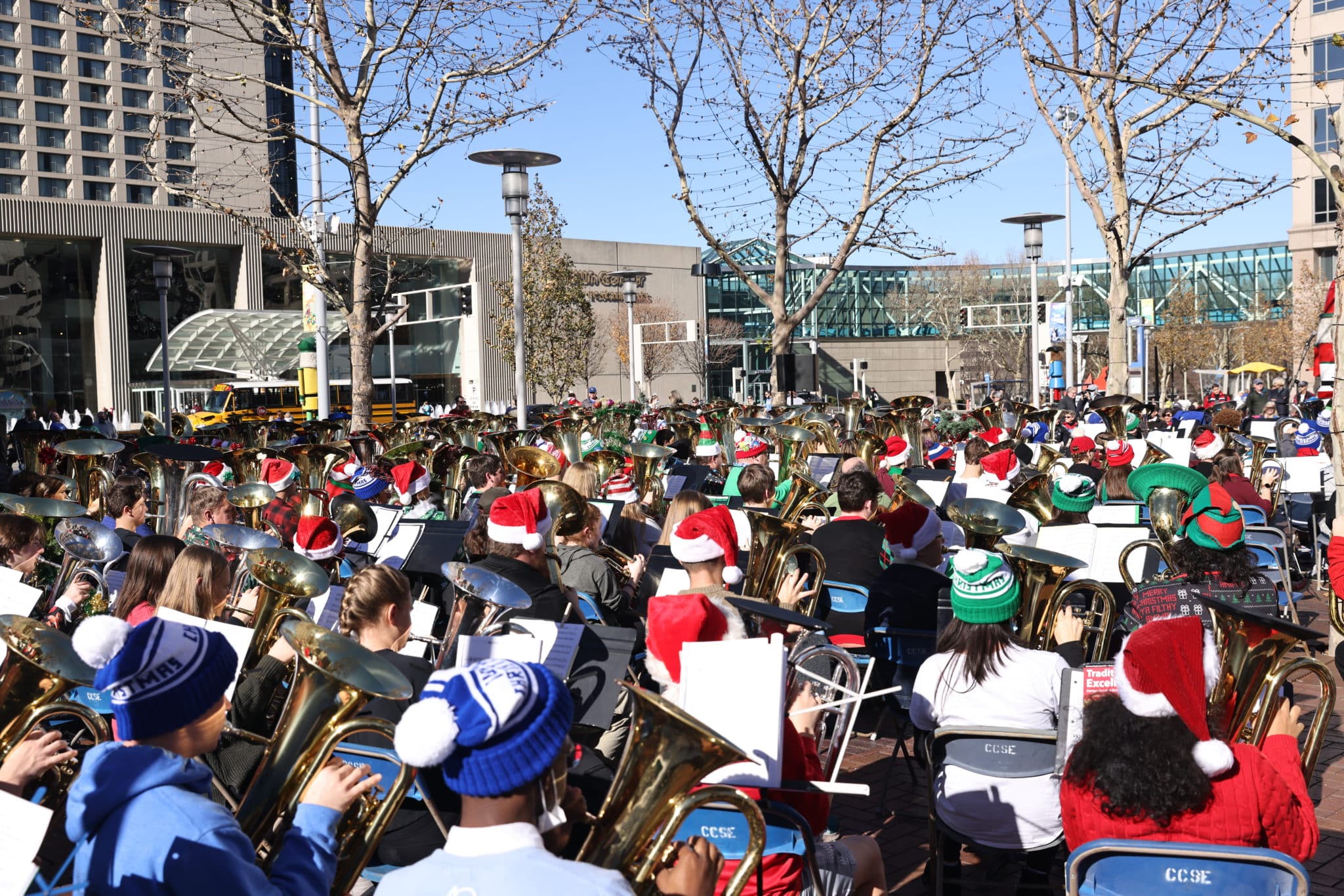 Experience the sounds of the season, Tuba-Style!

Experience the sounds of the season, tuba-style! Registration is now open for performers to participate in TubaChristmas 2022 which will again be held outdoors at Crown Center Square. Tuba and Euphonium players are invited to perform in this fun and festive holiday concert. Come dressed for the weather, and in your Christmas finest to add to the ambience. Registration is $10 and must be paid in advance.

Audiences may enjoy the free noon-hour performance in the Crown Center Square without a reservation. Bring your own chairs and be ready to sing along to some holiday classics. This event is weather permitting.

The Symphony thanks Janet M. Stallmeyer and Donald L. Flora for their years of TubaChristmas support.

The first TubaChristmas was presented on December 22, 1974 at Rockefeller Plaza in New York City, making this the 40th anniversary year of MERRY TUBACHRISTMAS. The first Kansas City TubaChristmas was in 1979 when the group performed for the lighting of the Crown Center Christmas tree. TubaChristmas in Kansas City has happened annually since 1979, often bringing together over 500 tuba and euphonium players from all walks of life, and sometimes multiple generations of the same family who have made TubaChristmas an annual tradition. For more information see www.tubachristmas.com

TubaChristmas concerts are presented with permission from the Harvey Phillips Foundation, Inc., founded by Harvey Phillips in memory of his teacher, William J. Bell. Harvey Phillips is a distinguished professor emeritus of the Department of Music, Indiana University, and one of the most acclaimed tuba players in the world. He has commissioned more than 200 solo works for tuba and in 2008 was inducted into the American Classical Music Hall of Fame. Phillips is a native of Aurora, Missouri and attended the University of Missouri prior to being accepted to the Juilliard School of Music in New York. Harvey Phillips received an honorary doctorate from the University of Missouri in 1987, in part for his national efforts to establish TubaChristmas as an annual tradition. For questions about this event please contact Stephanie Brimhall at (816) 218-2639.