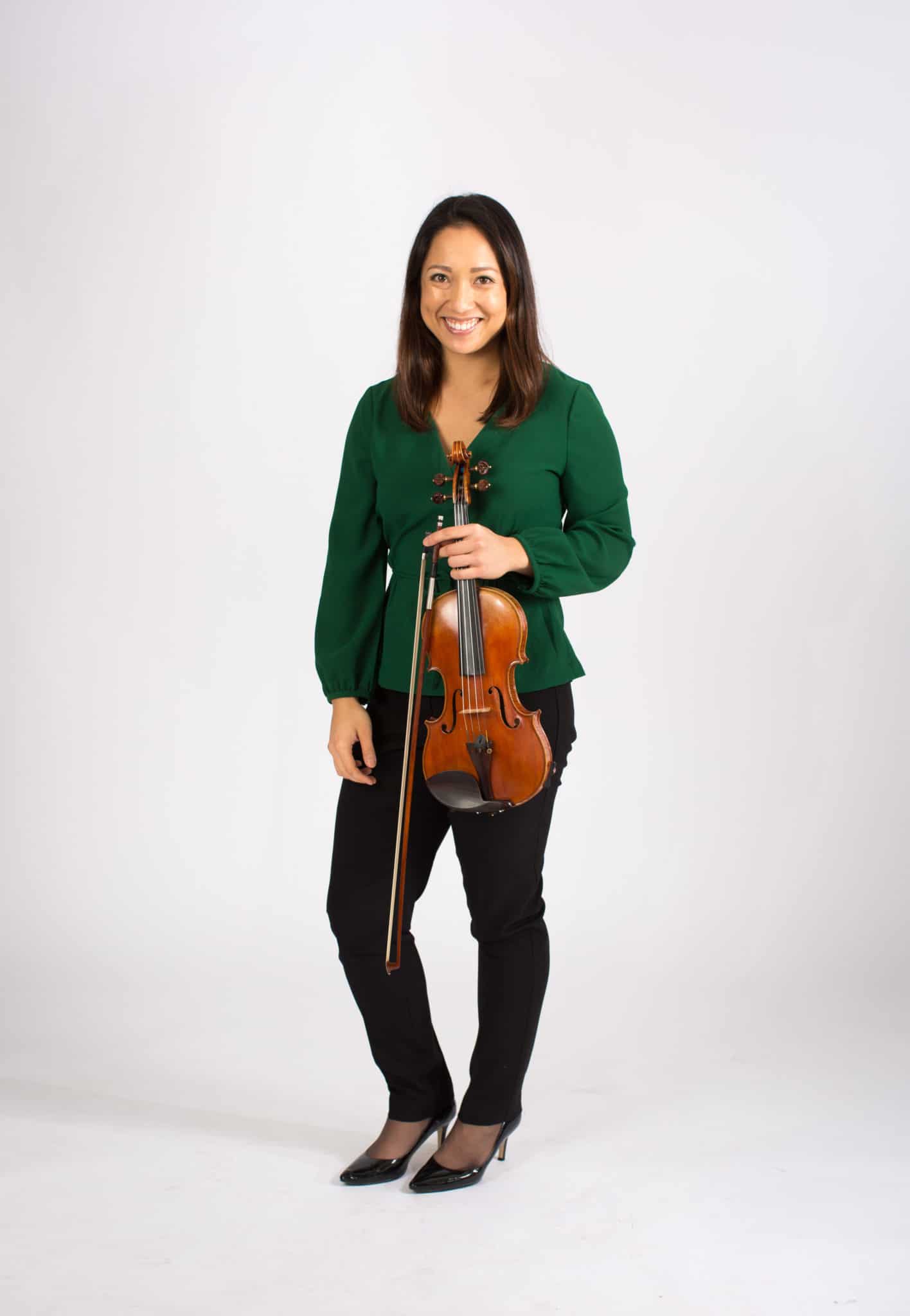 Los Angeles native Rachel Sandman joins the Kansas City Symphony for the 21/22 season. Prior to moving to Kansas City, she completed two seasons with the New World Symphony. Highlights from her time at New World include leading the orchestra in season opening and closing subscription concerts, where she was featured in Rimsky-Korsakov’s Capriccio Espagnole and Mahler’s 9th symphony under the baton of Michael Tilson Thomas.

Rachel has been a soloist and concertmaster with the Canton Symphony and Breckenridge Music Festival and a substitute violinist with the Cleveland Orchestra. Ms. Sandman has collaborated in chamber music performances with Mark Kosower, Larry Dutton, Sharon Robinson, Ettore Causa, and members of the Ariel and Cavani string quartets.

Rachel lives in Hyde Park with her fiancé, fellow KCS violinist Stirling Trent, and their dog Tyler. She teaches privately and at the Kansas City Suzuki Academy in Overland Park. She enjoys running, crafting, cooking, and developing her newfound green thumb in her spare time.