FEATURE: The Great War, Music and the Arts 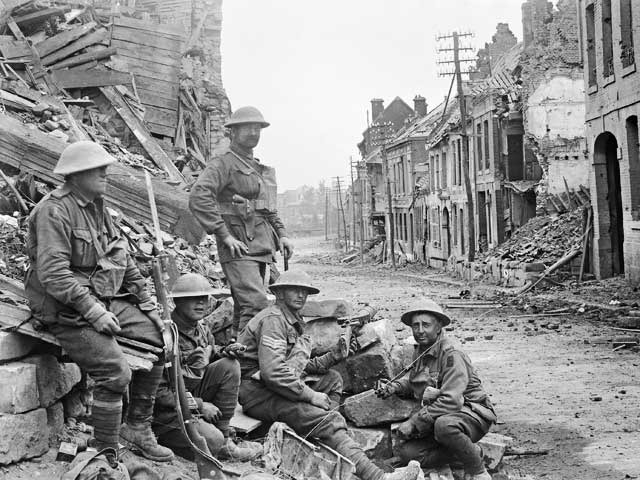 Editor’s note: The Kansas City Symphony presents Brilliant Brits: Elgar and Vaughan Williams on Jan. 8-10 in Helzberg Hall at the Kauffman Center for the Performing Arts. Since the music presented on these concerts has ties with WWI, the president and CEO of our local gem, the National World War I Museum and Memorial, has penned his thoughts on the historical connections with the art.

By Dr. Matthew Naylor, President and CEO of the National World War I Museum and Memorial

From the vantage point of history — 100 years later — there is consensus: the Great War changed everything. The conflict from 1914-1918 resulted in more than 37 million casualties, and millions of men, women and children were killed or injured and suffered from its after effects. Empires were lost. National boundaries were reshaped. Economies were devastated.

The enduring impact of the Great War continues to be felt today and wields substantial influence on the lives of men and women throughout the world. In examining this tumultuous period — when, for the first time, participants from every inhabited continent engaged in a war — we see a tremendous effect on culture still resonating today. Expressions of feeling and memory through the arts are one of the most significant avenues for making the events of a century ago meaningful for today’s audiences.

Violinist Jascha Heifetz fled the Russian revolution and performed for the first time at Carnegie Hall on Oct. 27, 1917. Richard Strauss’ Ariadne auf Naxos debuted in Vienna on Oct. 4, 1916. Led by Nick LaRocca, the Dixieland Jass Band recorded “Darktown Strutters’ Ball” and “Indiana in New York City” in May 1917. A few months before the most calamitous event the world had ever seen ended, Igor Stravinsky’s L’histoire du soldat premiered in Switzerland in September 1918 and was influenced greatly by the horrors of the Great War.

Despite this terrible conflict holding a firm grasp on humanity for more than four incredibly long years, the world responded overwhelmingly with strong indications that culture — music, literature, film, art, etc. — was more essential than ever.

That’s why members of the U.S. 439th Motor Supply Train steadfastly ensured that wherever they traversed during the course of the war, their 60-pound portable phonograph went with them. It’s why an American soldier etched “B. Deming” on his banjo and carried it with him while serving with the 432nd Aero Squadron. 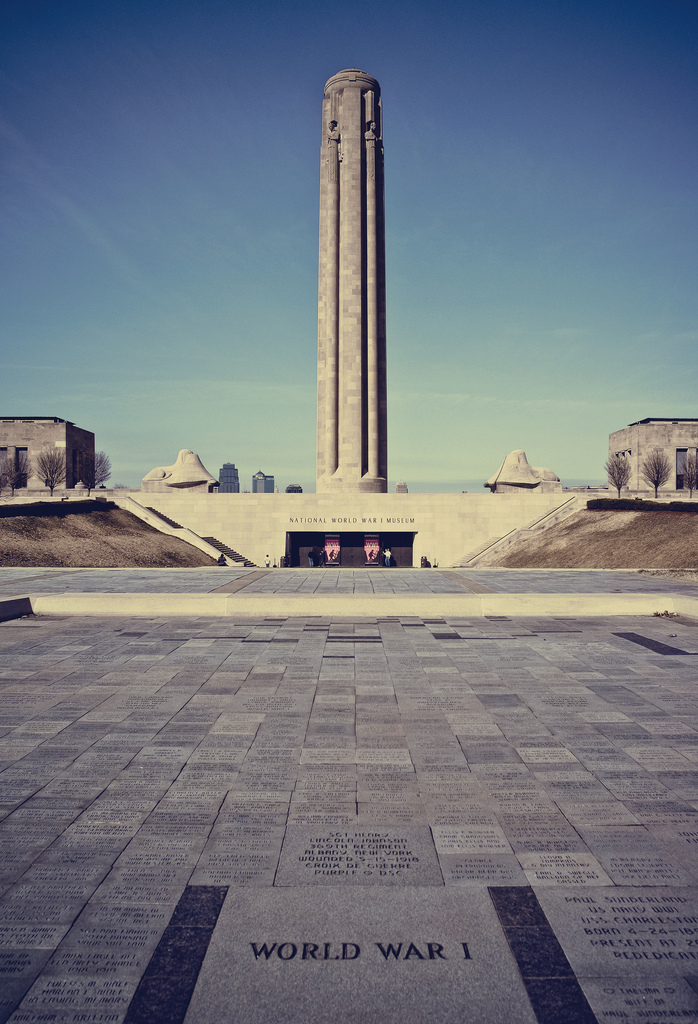 You can see these exceptional artifacts on exhibit at the National World War I Museum and Memorial. Because of the effect of culture — both on the war itself and its legacy following the armistice — the Museum features dedicated quiet rooms where people can listen to music of the era and hear poetry and prose written during or about the Great War.

The Museum houses the most comprehensive collection of World War I objects and documents in the world, and it isn’t located in Washington, D.C., or New York or Los Angeles. No, it’s in the heartland, where it belongs, right here in Kansas City.

As the international spotlight shines on Kansas City during the Great War centennial, organizations throughout the community are embracing its cultural significance. The Kansas City Symphony’s 2014-15 Classical Series “Soundtrack for a New Time” featured selections composed in the years leading up to the Great War. The Museum and the Symphony collaborated on a special program in June 2015 that featured Stravinsky’s The Soldier’s Tale. “Brilliant Brits: Elgar & Vaughan Williams” continues the Kansas City Symphony’s commemorative programming. Vaughan Williams’ “London” Symphony captures the zeitgeist that preceded the war, and Elgar’s Cello Concerto speaks of the sadness and anguish, felt in England, and the world, following its conclusion.

Additionally, more than a dozen other arts-related organizations in the region already have featured or will provide World War I-related programming in the future. At the Museum, we recently closed the largest exhibition of Australian war art ever shown outside the country. Currently, The Second Battlefield: Nurses in the First World War examines the role of nurses through the lens of French works of art. Of course, the Museum also houses the Pantheon de la Guerre. You can explore what happened to the world’s largest painting through March 27 in our special exhibition Rearranging History: Daniel MacMorris and the Pantheon de la Guerre.

A century ago, the war raged on, with more horrors to follow as the U.S. and other countries joined the fight in the latter half of the conflict. We listen to the music composed before, during and following the Great War with a perspective neither the composers nor the audiences had, but with the same understanding conveyed by the emotions expressed. As Aldous Huxley said, “After silence, that which comes nearest to expressing the inexpressible is music.”

The Kansas City Symphony presents Brilliant Brits: Elgar & Vaughan Williams on Jan. 8-10 in Helzberg Hall at the Kauffman Center for the Performing Arts. The concerts feature guest conductor Robert Spano and guest cellist Timotheos Petrin. Tickets start at $25. To purchase, select your seats here or call the Symphony Box Office at (816) 471-0400 weekdays from 10 a.m. to 5 p.m. The box office is also available to take phone orders on concert weekends from noon to 5 p.m. Saturdays. The ticketing window is also open two hours prior to concert start times on Saturdays and Sundays of concert weekends.

To learn more about the Kansas City Symphony, visit kcsymphony.org. For more information about the National World War I Museum at Liberty Memorial, please visit theworldwar.org.