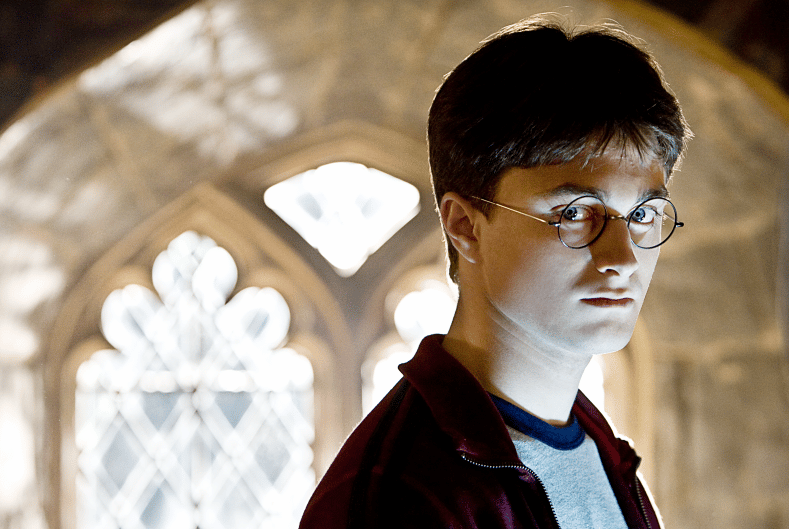 In 2016, CineConcerts and Warner Bros. Consumer Products announced the Harry Potter Film Concert Series, a global concert tour celebrating the Harry Potter films. Since the world premiere of Harry Potter and the Sorcerer’s Stone in Concert in 2016, more than 3 million fans have enjoyed this magical experience from The Wizarding World, which is scheduled to include over 1,434 performances across more than 48 countries worldwide through 2022.

As Lord Voldemort tightens his grip on both the Muggle and Wizarding Worldsä, Dumbledore is more intent upon preparing Harry for the battle fast approaching. Even as the showdown looms, romance blossoms for Harry, Ron, Hermione and their classmates. Love is in the air, but danger lies ahead and Hogwarts may never be the same again.

Nominated for the 2010 Grammy(R) Award, Nicholas Hooper returns to the Harry Potter series with this magical score that debuted at number twenty-nine on the Billboard 200 chart, thus making it the highest-charting soundtrack among all the six movie soundtracks released. Considered “emotionally churning” by Variety, Hooper’s score features soaring and unique motifs that could only represent the grandeur and scope of The Wizarding World.

Justin Freer, President of CineConcerts and Producer/Conductor of the Harry Potter Film Concert Series explains, “The Harry Potter film series is a once-in-a-lifetime cultural phenomenon that continues to delight millions of fans around the world. It is with great pleasure that we bring fans for the first time ever an opportunity to experience the award-winning music scores played live by a symphony orchestra, all while the beloved film is simultaneously projected onto the big screen. This is truly an unforgettable event.”

Brady Beaubien of CineConcerts and Concert Producer for the Harry Potter Film Concert Series added, “Harry Potter is synonymous with excitement around the world and we hope that by performing this incredible music with the full movie, audiences will enjoy returning to The Wizarding World.”

Tickets are available now via kcsymphony.org or by calling the Symphony Box Office at (816) 471-0400 for Harry Potter and the Half-Blood Prince in Concert.

Complementing its full schedule of concerts, the Symphony enriches the lives of Kansas City residents by providing music education opportunities for children and adults, such as KinderKonzerts, Young People’s Concerts, an instrument petting zoo and concert comments. The Mobile Music Box, a popup stage created by the Symphony during the COVID-19 pandemic, reaches thousands of audience members each season with dozens of chamber music concerts throughout the Kansas City metro area.

CineConcerts is one of the leading producers of live and digital music experiences performed with visual media, and continues to redefine entertainment. Founded by Producer/Conductor Justin Freer and Producer/Writer Brady Beaubien, CineConcerts will engage over 4.8 million people worldwide in concert presentations in over 1,749 performances in 48 countries through 2022, and recently launched CineConcerts +PLUS – a global digital network and app suite with hundreds of exclusive podcast episodes and produced content. CineConcerts continues to work with some of the most prestigious orchestras and venues in the world including the Chicago Symphony Orchestra, Cleveland Orchestra, London Philharmonic, Los Angeles Philharmonic, New York Philharmonic, Philadelphia Orchestra, Philharmonia Orchestra, and more. Recent and current live and digital concert experiences include Elf in Concert, The Pinball Concert (Digital), The Polar Express in Concert, Rudy in Concert, The Passion of the Christ in Concert, The Da Vinci Code in Concert, The Harry Potter Film Concert Series, Gladiator Live, The Godfather Live, It’s a Wonderful Life in Concert, DreamWorks Animation In Concert, Star Trek: The Ultimate Voyage 50th Anniversary Concert Tour, Breakfast at Tiffany’s in Concert, and A Christmas Dream Live.

Warner Bros. Consumer Products (WBCP), a Warner Bros. Entertainment Company, extends the Studio’s powerful portfolio of entertainment brands and franchises into the lives of fans around the world.  WBCP partners with best-in-class licensees globally on an award-winning range of toys, fashion, home décor, and publishing inspired by franchises and properties such as DC, Wizarding World, Looney Tunes and Hanna-Barbera. The division’s successful global themed entertainment business includes groundbreaking experiences such as The Wizarding World of Harry Potter and Warner Bros. World Abu Dhabi. With innovative global licensing and merchandising programs, retail initiatives, promotional partnerships and themed experiences, WBCP is one of the leading licensing and retail merchandising organizations in the world.