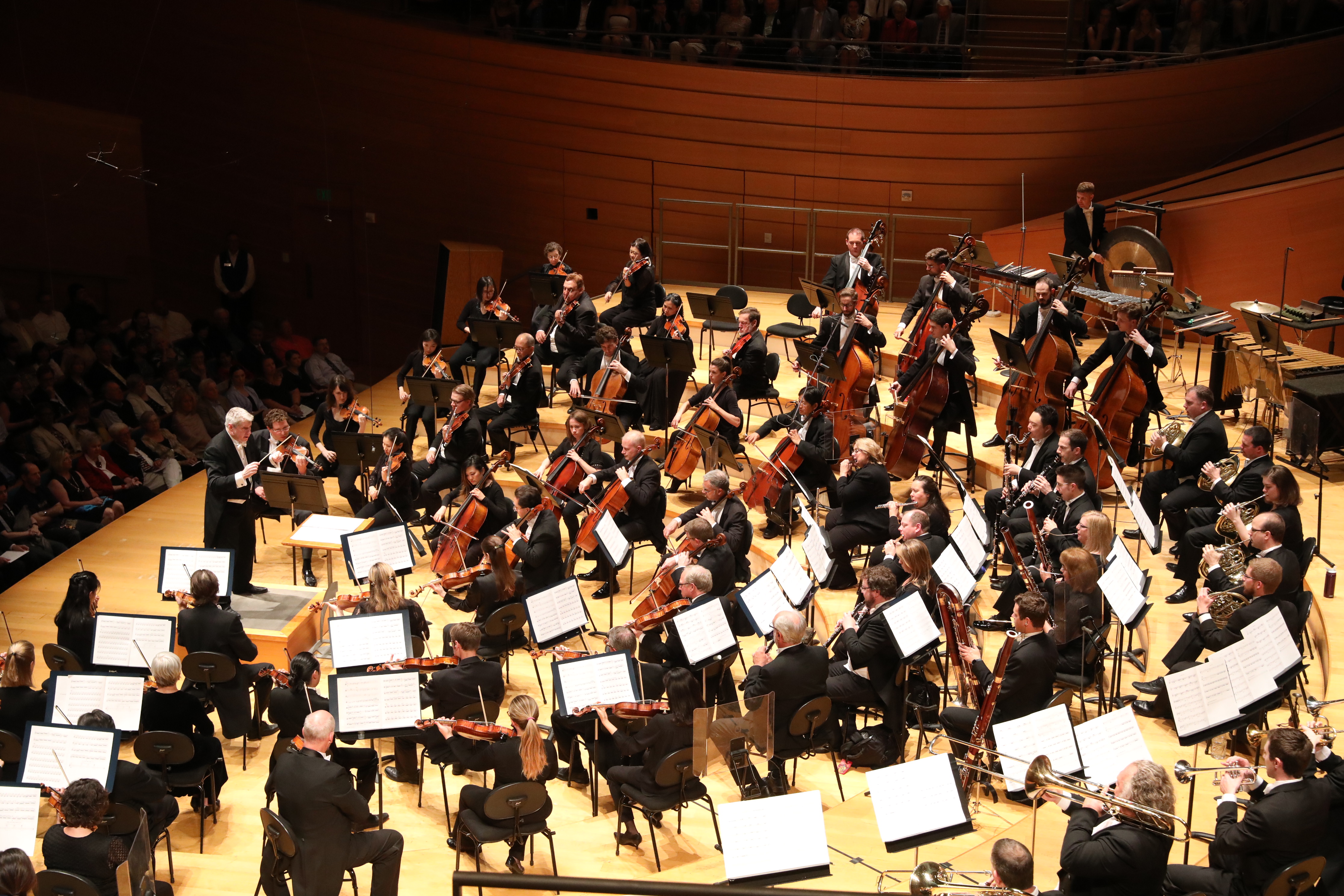 More than 1,000 donors collectively committed $55 million to the Masterpiece Campaign, raising $3 million in the final 6 months.

Thanks to many generous donors the Kansas City Symphony has completed the Masterpiece Endowment Campaign, its largest fundraising effort to date, raising just over $55 million in new endowment funds to strengthen and secure the future of the Symphony.

“Completing the Masterpiece Campaign is a landmark accomplishment for the Symphony and our community,” said Kansas City Symphony Executive Director Frank Byrne. “As the region’s largest performing arts organization, reaching hundreds of thousands of people each year, we are deeply invested in the Kansas City community. It is wonderful to see the community respond so generously to invest in the Symphony, thereby enabling us to build on all the important work we have done. We are very grateful to all who donated to the campaign, and to our Chair, Bill Lyons, whose leadership and tireless efforts were essential to our success.”

The Kansas City community responded enthusiastically to the campaign, contributing $52 million quietly over 4 1/2 years and $3 million during the concluding six-month public phase. Together, more than 1,000 donors pledged gifts ranging from $10 to $10 million during the five-year period. When all campaign pledges are fulfilled, the Kansas City Symphony’s endowment will total more than $100 million, bringing it to a level comparable with peer organizations. With an annual operating budget of nearly $17 million, the Symphony plans to draw an average of 4 percent annually from endowment. In time, this will translate to roughly $4 million or just less than a quarter of the annual operating budget.

The Masterpiece Campaign grew out of the Symphony board’s goal to continue the artistic and financial success that has distinguished the Kansas City Symphony. Through a comprehensive financial analysis and study of industry best practices, the Symphony observed that the most successful American orchestras required a robust endowment to supplement ongoing and growing annual fundraising. While the completion of the Masterpiece Campaign will provide a much more stable base of funding, Symphony leaders understand that operating expenses will continue to grow and that a growing annual fundraising effort will be required to sustain the Symphony’s impressive momentum.

“The success of the Masterpiece Campaign provides powerful evidence of our community’s belief that the arts are essential,” said Campaign and Board Chair Bill Lyons. “As a result of the extraordinary generosity of our donors and the passionate work of our campaign staff and volunteers, we have dramatically increased the likelihood that top tier, live orchestral music will be part of Kansas City for this generation and many to come. We are so fortunate to have the strong, longstanding artistic and administrative leadership of Michael Stern and Frank Byrne, the strong Symphony Boards, past and present, led by civic leaders like Crosby Kemper and Shirley Helzberg, a magnificent performance venue in the Kauffman Center, and a community that believes in philanthropy like no other. All of these came together to achieve this unprecedented result.”

“What the Kansas City Symphony was able to achieve with this campaign is remarkable in many regards,” said Peter Hoskow, Principal and Managing Director of CCS Fundraising, the international fundraising consulting firm that partnered with the Symphony at various stages of the campaign’s activity. “Symphonies across the U.S. and around the world are struggling due to rising costs, decreasing demand and difficulties raising money. Despite the challenges faced by so many of these organizations, the Kansas City Symphony was able to execute a powerful campaign that will ensure this cultural icon will have a positive impact on the community for years to come. Even more, they were able to conduct this campaign in a truly efficient manner. No donations were spent on campaign expenses; all expenses were resourced from the organization’s operations budget. In our experience working with dozens of orchestras, this is an incredible accomplishment. We feel fortunate to have had the opportunity to partner with such an amazing organization in the design, early management, and ongoing evaluation of this extraordinary campaign.”

The Kansas City Symphony has played a key role in shaping the artistic landscape of Kansas City. As a driver of the city’s cultural renaissance, the Symphony is setting the standard for how a professional symphony orchestra can thrive and be connected to its community.

The completion of the Masterpiece Campaign is the latest in a series of successes defining the organization’s evolution in recent years.

Music Director Michael Stern said the combination of these elements makes it thrilling and rewarding to be part of the Kansas City Symphony family.

“Successfully completing the $55 million Masterpiece Endowment Campaign is significant for all of us at the Kansas City Symphony,” Stern said. “It’s a wonderful testament to the deep connection we have with our family of donors and advocates throughout our community. This watershed moment gives us the artistic and organizational stability that will allow us to continue the artistic evolution for which we have worked so diligently over the last 12 years. With this new chapter, we can and will continue to advocate for great music, and to be a model for how music and the arts can and must inform a great American city in the 21st century.”

To celebrate and acknowledge this milestone, the Symphony plans to hold an event in the spring for those who contributed $1,000 or more to the Masterpiece Campaign. Those who wish to contribute to the Symphony’s endowment or annual fund may call (816) 471-1100 or visit kcsymphony.org.